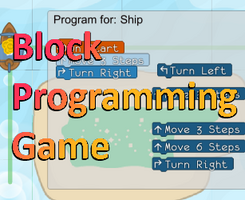 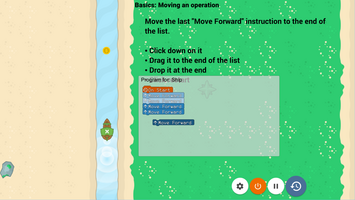 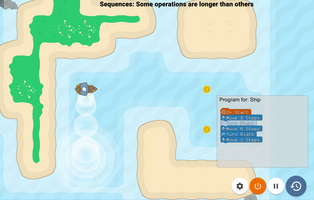 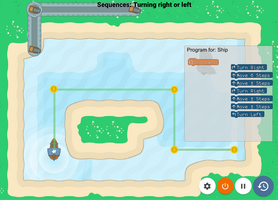 I've been working on a block programming game - it's a puzzle game where the puzzles are solved by creating a program that controls a character in the game. Currently, the controllable characters are all ships, but I may add some other game form also.

The goal of the game is primarily to be fun, programming is a lot like solving puzzles and I'd like to get that point across. But the secondary goal is to give people a concept of what programming is, how the tiny parts of a program are assembled into a greater whole. And how a tiny bug can lead to a ship-wreck!

I estimate that the game can be played by kids from 8 (with adult help) and up (my 10 year old can solve all puzzles by himself), it's very similar to Scratch in how the programming works. So once you have mastered these levels, you can comfortably move over to a more open ended experience like Scratch.

I'd love to get some feedback on this game, the good, the bad and the indifferent.